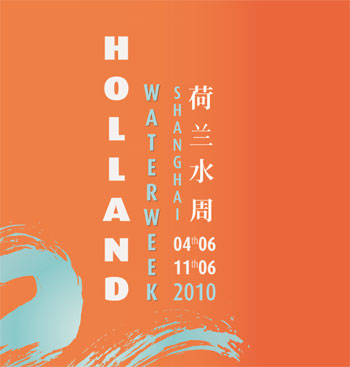 It was a remarkable sight during the official opening dinner of the Holland Water Week in Shanghai as five Chinese students took the limelight in the impressive ballroom of the Oriental Riverside Hotel. Enjoying their personal moment of fame, they went from table to table toasting with the many senior government and corporate representatives attending the event from China and the Netherlands.

Just a few hours earlier, these ambitious young water engineers had been on stage to compete for the top honours in the final of the China-Netherlands Water Challenge, a competition organised among the top universities in China in the field of water technology. Launched in January, more than 40 students from 6 universities competed in four consecutive rounds of interviews and presentations, to come-up with the most innovative and commercially attractive proposal for the application of a new water technology.

After long deliberation the panel of experts, chaired by Vice-Governor Dwarshuis, announced Li Xiang, Masters student at Tongji University, as the overall winner. His business plan for the direct delivery of clean drinking water through a system supported by wind generation and solar energy was judged to have great potential given the rapid urbanisation taking place in China. In recognition of his achievement, Li Xiang is invited to the Netherlands for an extended internship to work further on his plan.

Immediately after their presentations, the students were besieged by company representatives to exchange business cards. No doubt, they are all winners!